Create an Account - Increase your productivity, customize your experience, and engage in information you care about.

The Piedmont Triad has approached transportation planning on the regional level beginning with the creation of the Piedmont Authority for Regional Transportation in 1998.  Over the past 20 years here have been numerous studies on congestion, growth, transit services and passenger rail in the region.  The conclusions have all been the same.  As a region we will continue to grow and with that comes increased congestion on major highways, longer commutes and higher transportation costs.  Read our History of Regional Planning Efforts (PDF).

In 2012, as part of the Piedmont Together project. more than 290 people attended the 13 civic forums held across the region.  Over 200 ideas were generated focusing on the strengths and challenges within the region.  Of note, the Top Challenge identified in the region was the Lack of Transportation Options.  There are two reports that summarize the civic forums, a county by county summary and an analysis of the results.

The lack of transportation choices is causing families and businesses economic hardship in the region, causing difficulty for many to access jobs or talent, shopping, education, and medical services. 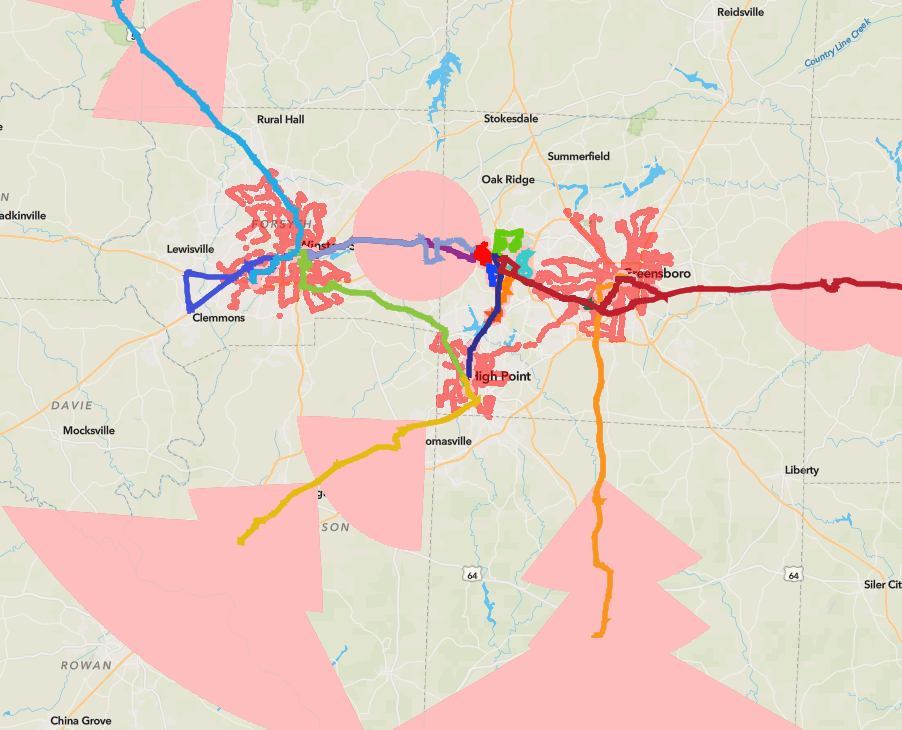 Contact Us
Notifications
Fares & Passes
How To Ride
Vanpool Payments